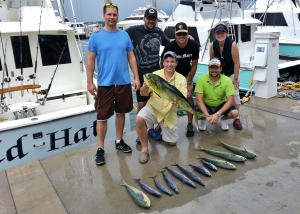 0 thoughts on “Dolphin, Wahoo and Tuna”